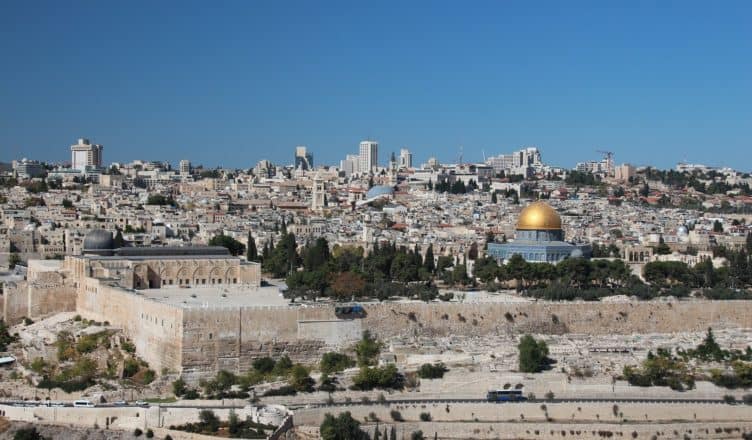 More than 2600 years ago, God revealed what will happen before the second coming of Jesus Christ to Daniel the prophet. In the same way the first coming of Jesus around 2000 years ago was announced by many different events, He will not appear without signs and announcements before He comes the second time.

Daniel the prophet prophesied this more than 2600 years ago! In the book of Daniel chapter nine, we can read that there will be a treaty between many nations (see Daniel 9:27). This treaty entails that the Jews will be allowed to offer up their sacrifices to God again. They have not been able to do this since Jerusalem was destroyed in the year 70 A.D.

That means that the Jews have not been able to perform their worship for around 1950 years, because God ordained only one place for them to conduct their worship. That one place is the temple in Jerusalem. Nowhere else are the Jews permitted by God to offer up their sacrifices. However, this place is currently not accessible for the Jews to worship. This place is the center of conflict in the entire Middle East.

Daniel the prophet prophesied that one day there will be a peace treaty that enables the Jews to offer up their sacrifices on the Temple Mount in Jerusalem. Even the length of the peace treaty has been set by God: seven years. Further, the Bible shows that this covenant will be broken in the middle before the seven years are over, that means after three and a half years. After that mankind will experience its worst time ever known to this earth in the second half of the seven years – the great day of God’s wrath (see Revelation 6:17). At the end of the seven years Jesus Christ will come back, for everyone to see.

The current president of the USA, Donald Trump, seems to be well on his way to accomplish what nobody before him has accomplished: To make Israel and the Arabic world sign such a peace treaty. With a very high possibility we are shortly before this treaty.

May God help us to interpret this time correctly and prepare ourselves for the coming back of His Son. The Bible shows very clearly, that it is not sufficient ‘only’ to be a born again Christian in order to be raptured at the return of Jesus. Furthermore, it is necessary that we Christians will grow and mature until we fully correspond to Christ. It is possible, but it requires our strong decision and full diligence.

The fear of the LORD

The Gospel of the Kingdom

The Lord’s Second Coming is Near!