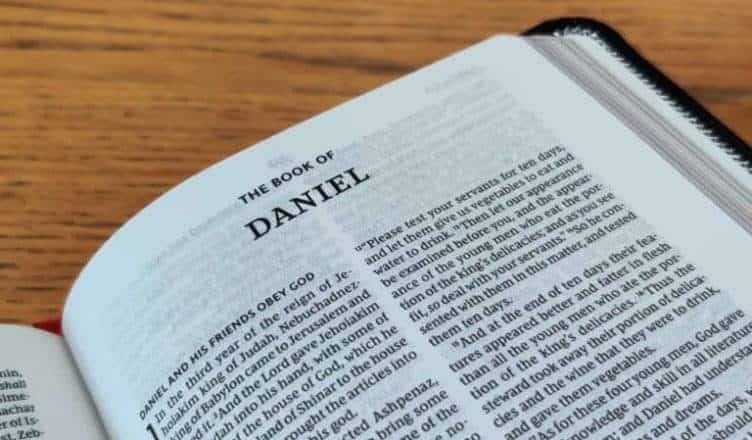 Daniel answered in the presence of the king, and said,
“The secret which the king has demanded, the wise men, the astrologers, the magicians, and the soothsayers cannot declare to the king. But there is a God in heaven who reveals secrets, and He has made known to King Nebuchadnezzar what will be in the latter days. Your dream, and the visions of your head upon your bed, were these: 29 As for you, O king, thoughts came to your mind while on your bed, about what would come to pass after this; and He who reveals secrets has made known to you what will be.”

The greatest king of the Babylonian kingdom, Nebuchadnezzar, wondered what would happen after he died. Then he had a dream. This dream disturbed him so much that he sent for all the dream interpreters and soothsayers throughout the kingdom to come and explain both his dream and its meaning. But nobody was able to reveal this secret. This angered the king so much that he wanted to kill all the wise men of his empire. One of the wise men was Daniel, a young Hebrew who had been deported to Babylon to serve in the king’s court. When Daniel heard about the king’s decree to kill all the wise men, he retired to his home with his three friends, where they called to God to be merciful to them and to give them understanding of the dream and its interpretation.

The Relevance of the Dream

This dream was very special. Few dreams surpass it in relevance and significance. In this dream, the God of heaven answered King Nebuchadnezzar’s question by showing him what would happen after his death, namely: the entire development of world kingdoms from 606 B.C. to the present day and into eternity future.

It Requires Wisdom from Above

This dream is the proof that the God of the Bible knows all things and that the Bible is His uncorrupted word.

But to understand this dream in its depth, reading it with our natural understanding will not suffice. Even the wisest men in the great kingdom of Babylon could neither understand nor interpret it. We must humble ourselves before the God of heaven as Daniel did and ask Him for mercy and insight so that He will reveal the secrets to us. This is very important to God; He let all these things be recorded so that we can recognize what sort of time we are living in today.

But as for me, this secret has not been revealed to me because I have more wisdom than anyone living, but for our sakes who make known the interpretation to the king, and that you may know the thoughts of your heart.

In the next summary, we will take a closer look at the content of the dream.