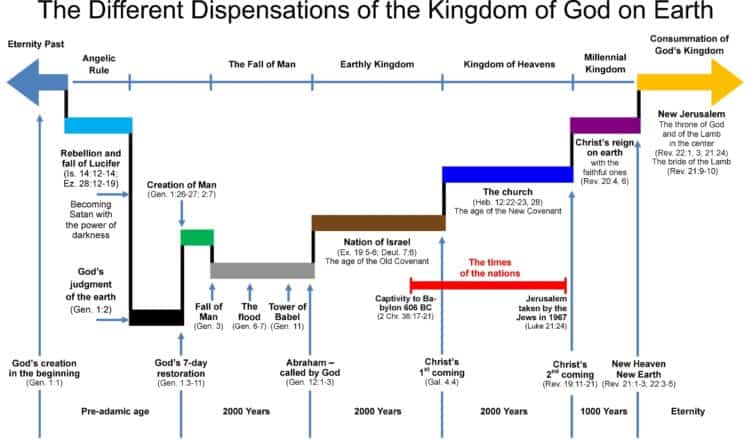 This semester, we will talk about the kingdom of God throughout the ages. The first words spoken by John the Baptist and by Jesus Himself concerning the kingdom were:

“Repent, for the kingdom of heaven is at hand!”

The kingdom of God plays a central role in God’s purpose. Furthermore, Jesus teaches His disciples to pray by saying:

“In this manner, therefore, pray: Our Father in heaven, Hallowed be Your name.

Your kingdom come. Your will be done, On earth as it is in heaven.”

The Key Role of the Kingdom of God

“Then Paul dwelt two whole years in his own rented house, and received all who came to him, preaching the kingdom of God and teaching the things which concern the Lord Jesus Christ with all confidence, no one forbidding him.”

The Kingdom of God is Highly Contested

Why did Jesus and Paul speak so much about the kingdom of God? At first thought, it seems simple. God wants to have His kingdom. Because all things are possible with God, He could establish His kingdom in the blink of an eye if He so chose. However, God chose mankind to receive His kingdom with Him. And that is the issue. The problem lies not with God, but rather with mankind. On top of that, there is also an adversary, the devil, who fights against God’s kingdom. Since the time of Satan’s fall, there has been a constant battle over the kingdom of God. Jesus describes the condition of the kingdom as follows:

“And from the days of John the Baptist until now the kingdom of heaven suffers violence, and the violent take it by force.”

The Fall of Lucifer

When God created the earth, He made all things wonderful (Isaiah 45:18). But before man was created, God gave the angels dominion over the earth (Hebrews 2:5). The greatest and most beautiful angel was Lucifer. Ezekiel shows us that God appointed Lucifer to be the anointed cherub who covers; he was on the holy mountain of God (Ezekiel 28:14). Initially, God gave the angels dominion over the earth. But Lucifer became proud and his heart was lifted up because of his beauty (Ezekiel 28:17); he became Satan, the devil, the enemy of God. At this hour, the battle over the kingdom of God began.

The Fall of Man

Because of Satan’s rebellion, God had to judge the earth, and it became without form and void (Genesis 1:2). God created man and appointed him to rule over the earth. However, Satan began a retaliation and tempted man, causing him to sin. As a consequence, man was thrown out of the Garden of Eden (Genesis 3:23). Instead of ruling according to God’s standard, man began to do many horrible deeds with which God was very displeased. After only a few generations, God had to almost completely destroy man through a massive flood. Only Noah and his family survived in the ark.

The People of Israel

Later, God chose Abraham and called him out of Ur of the Chaldeans, a place of idolatry (Joshua 24:2). Through Abraham, God wanted to bring forth a nation which would serve Him as a kingdom of priests (Exodus 19:6). The people of Israel came to exist through Abraham. Through this people, God wanted to establish His kingdom on the earth. History shows that God’s people constantly rebelled against Him and that the kings of Israel committed many abominations that were terrible in the eyes of God. God had to judge His people and let King Nebuchadnezzar take them into captivity in Babylon. But God still wants to have His kingdom today.

The First Coming of Christ

Through the first coming of Jesus Christ, God fulfilled His promise to the people of Israel:

‘In those days and at that time

I will cause to grow up to David

A Branch of righteousness;

He shall execute judgment and righteousness in the earth.

“For thus says the Lord: ‘David shall never lack a man to sit on the throne of the house of Israel;’”

Through the incarnation of God in Jesus Christ and through Christ’s death, resurrection and ascension to the throne, Satan was fully destroyed (Hebrews 2:14). All who believe and are baptized into Jesus Christ can experience this victory over Satan and enter into God’s kingdom. Jesus said to Nicodemus:

“Most assuredly, I say to you, unless one is born of water and the Spirit, he cannot enter the kingdom of God.”

The entrance into the kingdom of God begins with believing and being baptized!

The Second Coming of Christ – The Millenial Kingdom

However, the devil does not give up so easily.  He is constantly fighting against the Christians and distracts them with the things of this world and with religion. Those who believe in Jesus Christ today and really want God’s kingdom to come are standing in the midst of a spiritual battlefield. They must be equipped with the whole armor of God so that they can stand against all the wiles of the devil and so that God can gain His kingdom through them (Ephesians 6:11).

Jesus will come again soon. At His second coming, God’s kingdom will be revealed in a visible way for all mankind to see. The following prophecy in Daniel will be fulfilled:

“And in the days of these kings the God of heaven will set up a kingdom which shall never be destroyed; and the kingdom shall not be left to other people; it shall break in pieces and consume all these kingdoms, and it shall stand forever.”

When Jesus comes to the earth this second time, He will spread God’s kingdom over the entire earth. All the kingdoms of the earth will be shattered, and Christ will reign with the faithful believers for 1,000 years (Revelation 20:6). After that, the New Jeursalem will mark the beginning of eternity. At this point in time, God’s enemy will be defeated once and for all and God’s kingdom will stand forever.

Where God Wants to Have His Kingdom

People often have the concept that Christians will someday go to heaven. Jesus, however, taught His disciples to pray as follows:

“Your kingdom come. Your will be done On earth as it is in heaven.

So, actually, it is not that Christians will go to heaven but rather that God’s kingdom will come to earth. He confirms this in Revelation:

“And have made us kings and priests to our God; and we shall reign on the earth.”

God wants to establish His kingdom on this earth. The focus is on the earth, for it belongs to the Lord (Psalm 24:1). He will take it back to set up His eternal kingdom. We should not think that this earth is insignificant for God’s kingdom. It is very important and therefore also very much fought over.

In the upcoming weeks, we would like to see more clearly how Satan fights with craftiness against God’s kingdom and how despite this, God will still manage to bring His kingdom to this earth. This has much to do with us today. So our prayer is: “Father, Your kingdom come!”